Slogans are one of the effective ways to draw attention to the Event and their things. Slogans have been used in marketing for a very long time but today they’re everywhere, used by all kinds of brands and businesses. The role of a good slogan is to point towards the benefits of a product or Campaign. Here are some Best and Catchy Slogans for Mosquito and Malaria Awareness.

Slogans are one of the effective ways to draw attention to the Event and their things. Slogans have been used in marketing for a very long time but today they’re everywhere, used by all kinds of brands and businesses. The role of a good slogan is to point towards the benefits of a product or Campaign. Here are some Best and Catchy Slogans for Mosquito and Malaria Awareness.

Mosquitoes and Malaria are like the twin siblings; if you want to kill one, you definitely need to destroy the other.

Here are Best Slogans on Mosquito and malaria awareness.

Malaria is one of the most spread infectious diseases in the world, and the vector for the disease is the female Anopheles mosquitoes. So, in order to fight against such a dreadful disease, it is essential to take prevention measures so that we don’t get ill as much quickly as we do.

Here is a list of some of the slogans and sayings that could be used to create awareness for mosquitoes and Malaria:

Say no to malaria

We are here to defeat malaria

Malaria? a disease without border

You can fight it, kill those mosquitoes

Protect yourself from malaria

Malaria protection starts from you

Kill them before they make you sick

Beware of these mosquitoes

Beware of the bite

Bring malaria to an end

A fight to defeat malaria

Keep calm and kill all those mosquitoes

Keep calm and eradicating malaria on

Help us to kill all those deadly mosquitoes

Prevention is better than cure

malaria can knock you down

Join the fight against malaria

Fight against those deadly mosquitoes

Malaria comes from mosquitoes, kill them

Don’t give them a chance, mosquitoes mean malaria

Have a bite to eat, stop a bite that kills

Where no mosquitoes, there no malaria

Don’t be a dummy, avoid malaria

Do your test first

Don’t give them the chance to breed

The patch that net hole today, it may save you from malaria

If they breed, you bleed

Action against malaria should start from you

Got malaria? get your tests to do first

Malaria is a buzz kill

Don’t forget to put mosquito net while you sleep

Eradicate the root cause of malaria

Don’t sit back, act against malaria

Stop them from breeding

Come and spread awareness against malaria

No more mosquitoes, no more malaria

Fight today to save yourself tomorrow

Malaria is not a game

A walk to end malaria

A walk to educate people against malaria

Assure to make yourself protected against malaria

Be the survivor in the deadly war against malaria

When you have malaria, keep the fever down

Together we can stop malaria from spreading

Garbage attracts mosquitoes, so as malaria

take back your yard

Step out, walk to stop malaria

Say no to malaria, say it to all

No more malaria in your society

They are in your surroundings, kill them all

If you can stop mosquitoes, you can control malaria

Help us to clean those mosquito menace

Kill bugs dead, protect your family from it

Keep bugs away from you

We stop the mosquitoes

The best solution to kill malaria

Target the enemy, eliminate the threat

Prevent them or kill them, we don’t care which

Stay away from the spray

Bucks in and bugs out

Bugs out with the best

Have no doubt, make those deadly mosquitoes out

Winning the war against malaria

Make sure that mosquitoes don’t stand a chance

they won’t be back

Beat mosquitoes with the best

Neat and clean is the perfect ways to defeat mosquitoes

Step ahead! clean your surroundings to fight malaria

Cleanliness is the only ways to prevent these deadly diseases

A clean home is a disease-free home

Be clean and be tension free against malaria

Don’t block your washbasins, don’t give them a chance

Don’t allow water to stay, and it gives them a chance to breed

Cleaning every space of your room to kill mosquitoes

help us to make it a malaria-free world

A malaria-free world for better tomorrow

Keep calm, and it’s not contagious

It’s all you will ever need

imagine no malaria, our faith in action

I am looking for you, fever, malaria

Let’s come and walk with our friends against malaria

keep it in mind, and mosquitoes mean malaria

Stand up for a malaria-free world

Let’s beat malaria together, from now no mosquitoes

Fund the fund for malaria

Beat those bloodsuckers to save yourself from malaria

Stop every bite that may kill you

Continue to the category

18 Must things to Put in Your Welcome Packet for New... 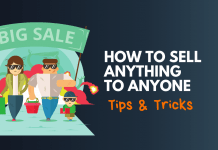 31+ Effective Tips How to Sell Anything to Anyone 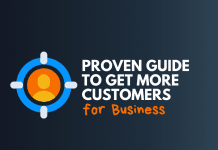 35+ Proven Tips to Get More Clients for your Business 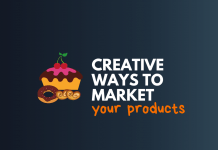 10+ Creative Ways to Market Your Products

5 Tips to Write a Killer Business Proposal for Clients

5 Tips How to Look, Behave & Communicate as One